Will the Premier League follow Danish club's lead and bring fans in via Zoom?

Danish Super League club uses Zoom to bring fans into stadium on video. Will Premier League be next?

The aim was to re-create football's emotional pull, but nobody thought it would look like this. As Patrick Mortensen sidefooted home a stoppage-time equaliser for AGF Aarhus against local rivals Randers, the club's head of media, Soren Carlsen, stood on the touchline at Ceres Park. He'd been distracted by the "virtual stand" his team painstakingly created for the Danish Superliga's return, a screen 130 feet long and 10 feet high (40 meters x 3 meters) running along one stand, displaying the images... 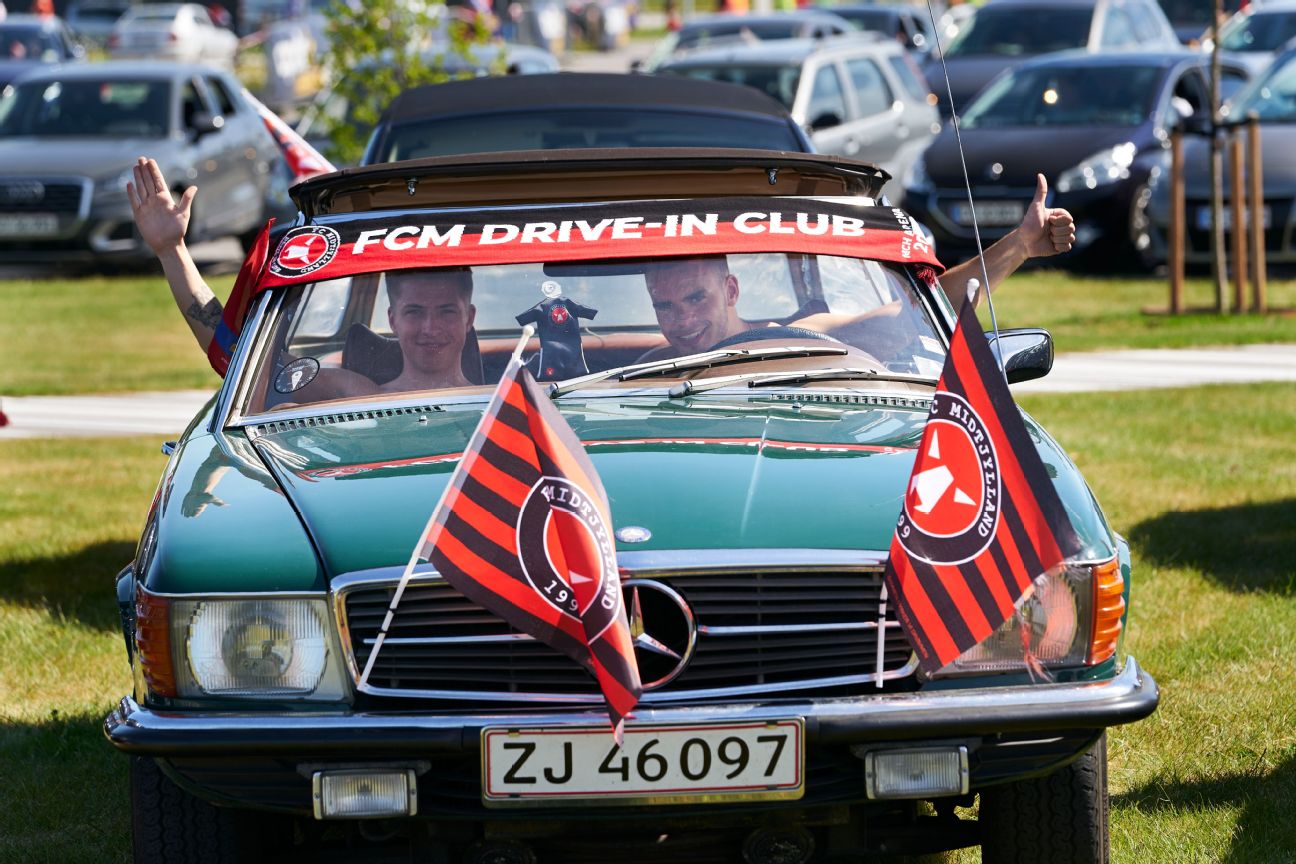 Top-level football's gradual return across Europe continued last week with the Danish Superliga the latest league to restart following the shutdown to tackle the coronavirus pandemic.

But, with fans still prohibited from entering stadiums, several clubs came up with inventive ways of getting their supporters as close to the action as possible.

For example, AGF Aarhus filled their ground with a wall of video screens to allow their fans to take a virtual seat in the stands while watching Thursday's...

Danish Superliga returns in front of supporters on Zoom

As professional football returned to Denmark, fans used Zoom to be part of the action for a Superliga match.

Thousands of Danish soccer fans logged into the conferencing software Thursday evening and were transported into the Ceres Park stadium for a league game between AGF Aarhus and Randers that heralded the resumption of the country's pandemic-affected season.

With almost all football postponed indefinitely because of the coronavirus pandemic, star players have found themselves at a loose end.

With many training grounds off-limits, clubs have sent footballers home, where they're adhering to an isolation period for the next few weeks. How are they passing the time?

ESPN will be keeping a daily eye on what the world's best are up to, as well as how clubs are keeping busy by battling in online competitions against each other.

The 27-year-old started 27 games for the Colorado Rapids in 2017 after an early-season trade from Minnesota United.

He wrote on Twitter: "Happy to have signed with Lyngby Boldklub i hope to contribute in many ways for the team and its fans. Thank you for believing in me."

The Rapids had declined the 2018 option on Saeid's contract last month but still wished him the "best of luck"...